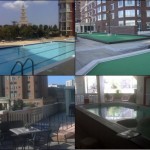 More than 16 percent of home owners say their houses increased in value during the past year, the highest percentage in nearly two years, according to a Thomson Reuters/University of Michigan survey. While 75 percent of home owners viewed current home-buying conditions as good, citing attractive prices and low mortgage rates, about 89 percent thought market conditions for selling a home were poor. While still an overwhelmingly negative number, it was still better than the results of the May 2009 survey when almost 100 percent of home owners panned the climate for sales. Some 43 percent of home owners said their home decreased in value during the past year. Nevertheless, home owners believe their homes will ultimately rise in value, with the average annual anticipated gain over the next five years at 2.1 percent. Source: Reuters News, Julie Haviv (05/21/2010)
When you compare the real estate downturn to the real estate market in the 1980s, Blumberg Capital Partners, which provides real estate investment management, finds similarities that lead the company to think now is an optimal time to buy. Its analysts point out that the recession of the 1980s lasted 16 months, running from July 1981 to November 1982. Unemployment peaked in November of 1982 at 10.8 percent. From that point it took 38 months for the economy to recover fully and for unemployment to fall below 7 percent. It was another 10 months before unemployment was consistently below 7 percent. Philip Blumberg, CEO of Blumberg Capital Partners, said in a note to investors that the real estate cycle is still three or four years from an optimal selling period, so now is the time for investors to buy. Source: Blumberg Capital Partners (05/19/2010)
The National Museum of Natural History (NMNH) is part of the Smithsonian Institution, the world’s preeminent museum and research complex. The Museum is dedicated to inspiring curiosity, discovery, and learning about the natural world through its unparalleled research, collections, exhibitions, and education outreach programs. Opened in 1910, the green-domed museum on the National Mall was among the first Smithsonian building constructed exclusively to house the national collections and research facilities.
Julie and I rented a tandem kayak at Belle Haven Marina and tooled around in the Dyke Marsh and in the Potomac.
The chart above plots the price per square foot of 1 Bedroom condos in 22201 vs. all Arlington over the past year. While there has been some decline, the change is almost statistically insignificant. The chart below shows little change in 2 BR's in the same area. The Market Activity Index in Crystal City continues show sawtooth pattern. This pattern often indicates tension between sellers who want to move property but who are not willing to dump property at lower prices.  At the same time buyers are moving swiftly to snag deals, indicating we are near the bottom, or at least in a period of transition.  The days on market fell dramatically, and this means that real estate is selling again. The chart was drawn from the past 180 days of condo activity in 22202 zip code.
Americans stayed put for about a year after the housing bust, but now they are back on the move, according to U.S. Census figures. 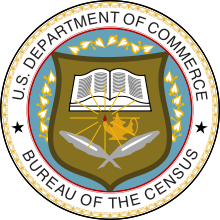 About 12.5 percent of the population, or 37.1 million people moved to a new home in 2009, up from 11.9 percent or 35.2 million in 2008, the census found. About 25 percent of adults ages 25 to 34 moved in 2009. That’s up slightly compared to 2008, but down substantially from 32 percent in 2000. Older Americans also stayed where they were with long-distance migration falling to below 2 percent for people older than 60. "Overall, there is nothing here that suggests a light at the end of the tunnel in the continued slowdown of long distance migration in the U.S.," said William H. Frey, a demographer at Brookings Institution who analyzed the numbers. "States and communities hoping to see renewed migration gains in college graduates, retirees and families as a spark to their economic growth will continue to be disappointed." Source: The Associated Press, Hope Yen (05/10/2010)
Families can enjoy camping and night hiking at Riverbend Park. Riverbend Park has over 400 acres of forest, meadows, and ponds. Trails include a 2.5 mile portion of the Potomac Heritage Trail linking national and regional parkland. Kayakers and canoeists can enjoy exploring many islands in the Potomac River. Serious anglers and families can bring a boat or fish from the shady riverbank. Nature highlights include spectacular river views, beautiful wildflowers and birds. Facilities include a visitor center with snack bar, gift shop, exhibits and riverside picnic area. The park also has a nature center which is available for rent. Camping will began at 6 p.m. Friday to 9 a.m. Saturday on May 15th. Bring your camping gear, toasting sticks and a dinner to cook on toasting sticks. S’mores and a light breakfast are provided. The cost is $45 per family. To register, call 703-759-9018.
Julie and I rented bikes in Old Town last week. We then biked the Mount Vernon Trail to Mount Vernon and back.  The trail here is pleasant with some ups and downs that can be a little challenging, but not too tough.  The views along the river and through the forest are great. Along the way the trail passes through the Dyke Marsh. We stopped there to take some pictures and drink some water.   Will Nesbitt is the principal broker of Condo Alexandria.