Map of Homes for Sale at Jefferson Manor

Brick Townhouses Near The Metro

I’m as excited about your next home as you are.

Jefferson Manor Park is at the heart of the community. The park is administrated by Fairfax County and has a large field, a picnic shelter and a few groves of trees.

Most of these duplex townhouses were built in the late 1940's, and the construction prices of that era define the neighborhood in many ways. The homes are sturdy, many with all brick exteriors, all with some brick exteriors. The construction is built-to-last with materials and construction practices no longer employed today. Most homes have small porches out front, many have decks in back. The lawns are large by the standards of modern townhouses, and most townhouses here have off-street driveways.

The typical duplex townhouse here has two small bedrooms upstairs with a single full bath. The living room / dining room runs the length of the house downstairs. The house has hardwood floors throughout, but the upstairs is often carpeted. Many units have refinished floors that are beautiful.

The kitchens, like many in the 1940's, were built with a different philosophy than we see today. Today the kitchen is a part of the living space and is open and connected to the family room or living room. In the 1940's the idea was that a kitchen was like a laundry room. It was small as possible and hidden away where visitors couldn't see the mess.

Downstairs is the basement. Most townhouses have a large room that is either a third bedroom or a family room. Many have a second bathroom downstairs and a laundry room at the rear of the home.

This floorplan is found throughout Jefferson Manor, but the years have been kind to these townhouses. Owing to the great location and the ample lawns, many people have built-out rather than move-out. That is to say, many of these townhouses have been expanded, updated and built-on. In some cases the addition rivals the size of the original structure.

A few of these townhouses have been completely tricked out with additions, decks, hot-tubes, large kitchens and so forth. A small number have had little or no care over the years. The brick wears well and newcomers often seek out the neglected homes in the hopes of building-out in a manner that most suits their needs.

The neighborhood remains relevant and sought after because it is so close to the Huntington Metro and because the homes are well-built. Although they were originally nearly identical, there is a wide selection in the neighborhood now. From dilapidated to updated, from tiny to trick-out, from standard to super, there are a lot of choices here on the hill.

Jefferson Manor offers affordably priced townhouses with easy access to I-495 and the Huntington Metro station. Jefferson Manor Park is at the center of the community. Residents are close to shopping and several major commuter routes, yet the neighborhood is still relatively quiet. The community is served by Mount Eagle Elementary School, Twain Middle School and Edison High School. 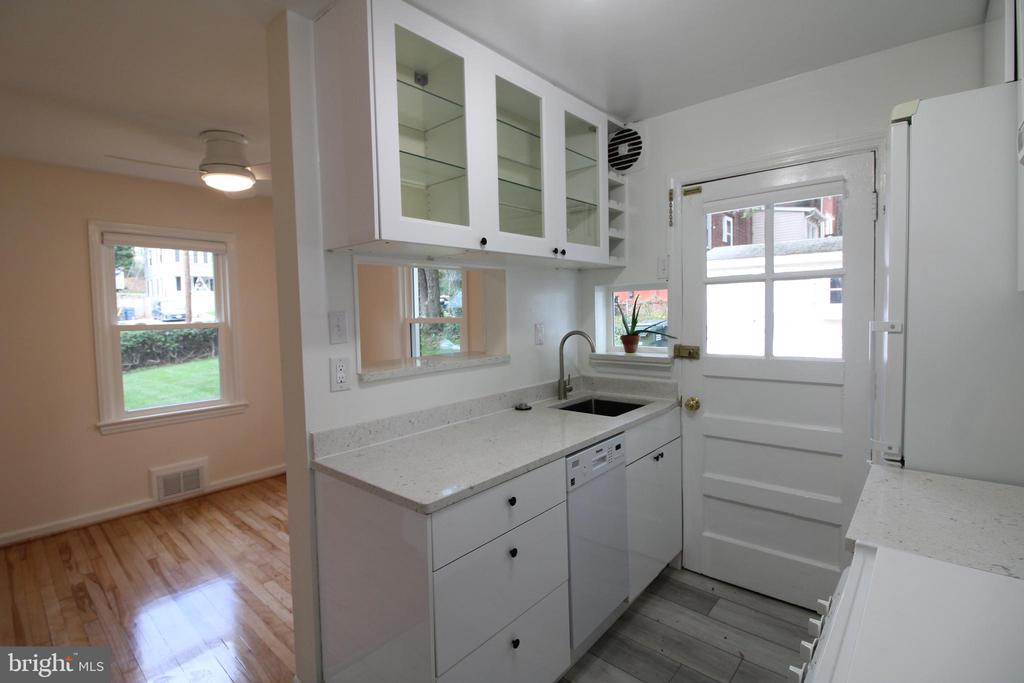 Would you like to sell your Jefferson Manor home?

Do you own a duplex in Huntington or Jefferson Manor that you'd like to sell?  Nesbitt Realty is a local family-run business that would love to help you achieve your goals. Our highly professional agents are dedicated to getting results.