First Impressions of the DC Metro

This week I had the opportunity to ride the DC Metro for the first time.  After recently moving to the area and previously experiencing other mass transit systems, I was curious.  I rode the Metro from Huntington to Ballston, transferring from the Yellow to the Blue rail at Pentagon and then from the Blue to Silver at Rosslyn.

Keeping in mind the numerous trips I have taken on the L in Chicago, the subway in New York and the Metro in St. Louis, I reached a couple of conclusions:

First of all, the rail cars themselves are pretty much the same on all four, New York being more used and St. Louis Metro being the newest.  The ease of purchasing a card here on the DC Metro and transferring from one rail car to the other seemed to be easy enough for even me to figure out.

The next thing that I did notice was that the amount of time I spent waiting for the next rail car to come was longer than I expected.  One thing that slowed things down that day was the shutting down of an area of the rail due to a fire response team reacting to some non-disclosed issue.  Other than that, the waiting was not horrible and the rail cars were not over-crowded. 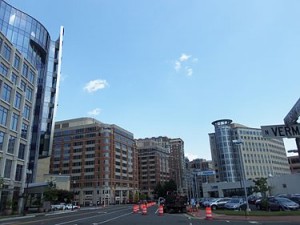 The last thing worth mentioning is the price that was paid to travel there and back.  I paid $2.00 for the card and it cost me $7.15 for the round trip.  After returning to the origination of my trip I realized that this price was a good deal, because I didn’t have to pay to park my car.

The DC Metro seemed to be safe and without a doubt was a good deal for the wallet.

View posts by K Michael Nesbitt
I spent four years in the US Navy and the next twenty in the mid west. I love the mountains and appreciate the fact that I get to see them all the time now. I am a bit of a sports fan. I enjoy dabbling in the world of fiction novel writing. I am also a licensed real estate agent in the Commonwealth of Virginia.