The Federal Reserve’s policy-making committee announced it will continue to hold down short-term interest rates, which in turn will help keep mortgage rates low. But there is question of how much longer the central bank will do this.

The Fed said it will continue to buy $85 billion a month in Treasuries and mortgage-backed securities, but would reduce its asset purchase — known as “quantitative easing” — if job growth continues at its current pace. 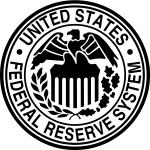 Last year, the Fed committed to holding short-term interest rates near zero for as long as unemployment remained above 6.5 percent. In February, the unemployment rate was 7.7 percent. Many economists don’t expect unemployment to drop to levels around 6.5 percent until 2015.

However, Fed Chairman Ben Bernanke noted Wednesday that there is not consensus among the policy-making committee on how much longer to continue quantitative easing.

The committee recognized progress in the economy and job growth in recent months, noting “a return to moderate economic growth following a pause late last year.”

Bernanke has testified to Congress that quantitative easing has helped revive the housing market. Mortgage rates have fallen near all-time lows, with the average 30-year fixed-rate mortgage averaging 3.63 percent on March 14, according to Freddie Mac. In November 2012, 30-year rates fell as low as 3.31 percent.

Housing is “coming back, it’s real, and it’s going to be a positive driver,” said Jeff Fettig, the chief executive officer of Whirlpool Corp., the world’s largest appliance maker. “For every 6 percent increase in existing-home sales you see a 1 percent demand increase in appliances.”

No one knows more about the local real estate market than Nesbitt Realty.

Our small business gets big results.