Skip to content
(703)765-0300[email protected]
Located in Southern Fairfax County near Engleside and Buckman Road, Pembrook Village offers residencies in a condominium community near many important roads and locations. 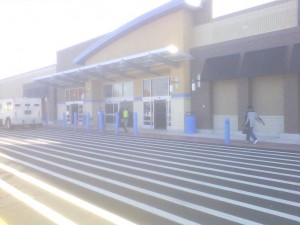 This condo community’s more than 100 units were built in the 1980s but many have been updated since then. They contain one, two or three bedrooms and often more than one bathroom. On the exterior, the quaint living space features pastel colors, white trim, porches and fences. Residents also have access to ample parking space and a tot lot. Pembrook Village residents have easy access to Route 1 (Richmond Highway), which contains a recently built Walmart. Being near Route 1 also makes for an easy commute to Alexandria and Fort Belvoir. Shoppers looking for more than Walmart will enjoy Pembrook Village’s proximity to Beacon Hill Mall, which contains everything from Giant Food and Drug to Lowes home improvement. It’s also located near Mt. Zephyr Park. Nine miles south of Old Town is Wessynton, a Mount Vernon community filled with history and contemporary homes. Being located near the Mount Vernon Estate and George Washington’s Grist Mill, it seems only natural that this site would be home to plenty of history. However, this area is particularly heavy with American history and tradition. At one point, Quakers lived on the Wessynton site, which was originally settled by Native Americans. Eventually, George Washington’s half-brother, Lawrence, inherited the land where George Washington built the Mansion House. A South Carolinian restored the Mansion House, at the time in disrepair, shortly before the Civil War. Homes that stand in the area today were built mostly in the 1960s and they tend to have a more contemporary style than other homes in the Mount Vernon area. Architectural features include odd sizes, tall windows and a lack of ornamentation. Wessynton homes tend to enjoy partially or fully furnished basements along with garages and plenty of windows to let in natural light. Plus, community amenities include a boat ramp, common grounds, an outdoor pool, tennis courts, tot lots and playgrounds, making this community a great place for families with children. Near the intersection of Rt. 1 and Old Mount Vernon Highway lies Riverside Estates, a somewhat private and hidden placed tucked near a Potomac tributary. Despite its privacy and serenity, Riverside Estates is located near a highway that allows for easy access to many Northern Virginia hotspots, including Fort Belvoir, Old Town, the Metro, Reagan National Airport and the Pentagon. Because of its privacy, this neighborhood is desirable, and the homes fit the community’s beautiful peacefulness. Built primarily in the 1960s, the homes come in many varieties and have received renovations and upgrades. Located near Ferry Landing Road and Forest Haven in southern Fairfax County, Mount Vernon Park sits beautifully under shade provided by mature trees. In fact, that’s how this community got its name: The trees give it a park-like feel. While it’s in a peaceful, cul-de-sac area, residents have many options. The Potomac River, Mount Vernon Mansion and Mount Vernon Country Club aren’t far from the community. Plus, commuters will enjoy its proximity to the GW Parkway. While many of these homes were built in the mid to late 1950s, they’ve been renovated to provide a feeling of modern yet classic charm.
Less than 15 miles south of Washington, D.C., Mount Vernon in Alexandria is home to 30,00 residents who live in houses ranging from modest to mansion. The neighborhoods within the Mount Vernon district are: Mount Vernon is great for commuters given its proximity to Old Town, D.C., Fort Belvoir, the Beltway and Interstates 395 and 95. Huntington Metro Station isn’t far and roamers can access yellow trains there or use the easy transfer to the blue line at King Street. For travelers, the Ronald Reagan National Airport is nearby as well. When it’s time to relax and let loose, Mount Vernon has plenty to offer, such as the 18.5-mile Mount Vernon Trail, the George Washington Estate, two country clubs and the Mount Vernon RECenter. Residents share their home with many eateries and shops and those looking to shop locally will love the farmers market. It takes place at the Sherwood Regional Library and provides produce, specialty meat, baked goods and more. Opened in 1971 and located at 2501 Sherwood Hall Lane in Alexandria, the Sherwood Regional Library provides many resources and services for residents, including hands-on technology classes, one-on-one tutoring sessions, 27 internet stations with Microsoft Office Suite and a computer with ZoomText software. For those hosting community meetings or gatherings, the library has numerous spaces, including a meeting room that fits 200 and is often used for family literacy classes. Other spaces are four conference rooms for 12-45 people each, a group study room for four people and a quiet study room for 10. The library also hosts the Mt. Vernon Farmers Markets on Tuesday mornings from May to November and an ongoing book sale. For more information on library events, click here. In addition, visitors can bring their laptop and use the wireless internet or bring children to use the Read to Me Room with puzzles, flannel boards and board books. For more information about the library and its services, click here or call 703-765-3645.
Buying a home can be an arduous process and it’s especially challenging for first-time homebuyers. However, with a few words of advice and some smart planning, you can get the home you want (and what can afford!) no matter if it’s your first house or fifth. First-time homebuyers can make many errors because they aren’t educated or experienced in home buying. However, 10 big — and avoidable —mistakes top the list. Mistakes made are: 1.       Disregarding what you can afford. 2.       Skipping mortgage qualification. 3.       Failing to consider additional expenses. 4.       Acting too picky. 5.       Compromising the important things. 6.       Lacking vision. 7.       Neglecting to inspect. 8.       Being swept away. 9.       Failing to hire your own agent. 10.   Disregarding the future. NEXT Mistake 1: Disregarding what you can afford. Article Source: MSN's Moneycentral
It’s important to pay attention to all the information you have available to you because it will help you avoid unpleasant surprises down the road. Be sure to ask questions about the property before buying. Some questions you might want to ask the current owner and/or yourself include: NEXT Return to the beginning.
All real estate agents work by an ethical rule that says they must act in the best interests of both the home seller and the home buyer. However, you cannot truly guarantee that your best interests are involved unless you have an agent on your side during the buying process. After all, the seller’s agent is there to represent the seller, not the buyer. NEXT Mistake 10: Not thinking about the future.
Finding the perfect house may seem easy, but if you’re on a budget, you may not be able to afford that dream home. So, why not find a lower-quality home and, over the years, help it reach its true potential? Finding a house you can add value to allows you move up the property ladder. Improving a lower-quality home brings many benefits. First, you most likely have the option to sell it for more than you spent on it. Secondly, you have saved money to live in a home that, once upgraded, is just as good as or better than the expensive homes. And finally, you have something to be proud of – you transformed a decent home into a wonderful home through your own work or work for which you were responsible. NEXT Mistake 9: Not hiring your own agent.