Potters Glen’s community also has a Gazebo Area where special occasions can be held and everything needed to host a party is available.

Its location is conveniently close to Springfield Mall as well as an array of restaurants and Shop stops in Kingstowne.

Major transportation via the Franconia-Springfield Metro/VRE Station as well as Metro, I-95, I-495 and I-395 is exceptionally accessible. 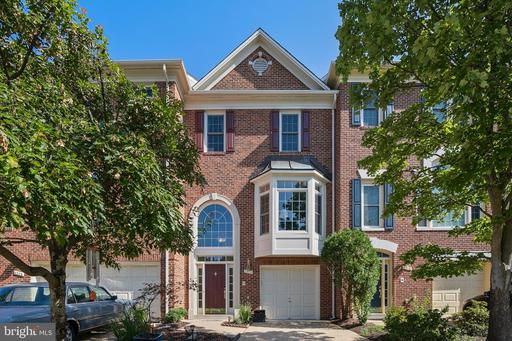 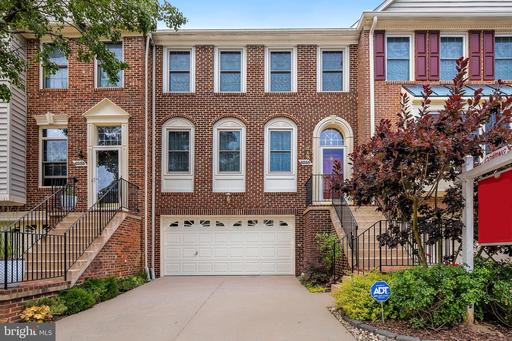 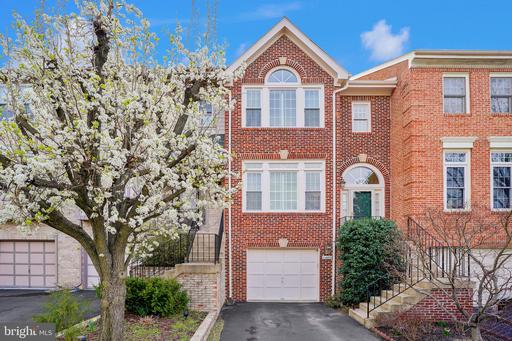 With a small park for leisurely strolls around a pond and through the woods, Hidden Pond Nature Center can be found at the end of a residential street in the Kenwood Oaks Community of Springfield in the Fairfax County.

25 acres of Hidden Park is ruled over by larger neighboring parks such as Burke Lake Park with 880 acres and Pohick Stream Valley Park with 700 acres.

The Hidden Park is acres of undisturbed woodland, tranquil trails, bubbling streams and an acre pond along with a new 2,000 foot trail and bridge that connects to Pohick Stream Valley Park. A lighted tennis court and a children’s play area can be enjoyed.

Hidden Pond Nature Center is special because of its wide variety of educational activities and programs provided throughout the whole year for school children and community organizations or work. The programs and activities held are connected by Fairfax County Public Schools that meet the local science standard of learning helping teachers in their lessons. The Center also features live displays and exhibits that teach about the natural world of Fairfax County. Books and other items are also sold for nature lovers.

Hidden Pond Nature Center is located at 8511 Greeley Blvd in Springfield VA 22152. Form ore information about their programs and activities you can contact 703-451-9588.

For those searching for homes in Northern Virginia, the location is always the main and important factor. However, there are a lot of specifications that would decide on a location. Those would be the exact neighborhoods, views, noise, schools, accessibility to shopping centers/ entertainment/ convenient stores/ healthcare and more. But there is one factor that will remain to be the most important specification and that would be Commute.

Washington DC does have the most gridlock highways in the country and as regional planners suggest improvements to handle the current situation, people and employment still rains hard. Although from the perspective of Real Estate it is a blessing but in terms of commute it is already a complicated and challenging situation that would grow into a more challenging one.

According to local news radio WTOP, the Washington DC region is primed to grow by more than 2 million people over the next 25 years, however the same report did highlight that the region needs to build more accessible roads to handle the influx. While as observed by the Northern Virginia Transportation Alliance, once we get beyond our current major roads projects to deal with the current concerns, there are “no improvements in the pipeline after this”.

Based on the current situation we have, the concern of location in Real Estate may as well be commute. A worker’s commute being frustrating and lengthy can and will have a large impact on his or her lifestyle and even personality. Bearing this in mind, the consideration to trade other location features to commute features will definitely arise.

Such commuting features may be:

Yes, houses will sell as long as they are priced right. In many — but not all places — that means they’re priced low.

“People who price their homes to the market are selling them in a reasonable amount of time, but people who cling to 2004 or 2005 prices aren’t,” says Richard Smith, president and CEO of Realogy, the parent company of Century 21, ERA, Coldwell Banker and Sotheby’s International Realty.

In some areas, pent-up demand has exploded. “It’s crazy,” says Brendon DeSimone, an associate with Paragon Real Estate in the Noe Valley near San Francisco. “I had one house with five offers, and it went from $1.4 million to $1.7 million. The valley has just popped. It’s not uncommon for one open house to have 200 people come through.”

A non profit research organization operating for the Center for Naval Analysis as well as the Institute for Public Research, CNA’s approach is a modern iteration of Isaac Newton’s perception that direct observation of events and people increases one’s understanding of complex dynamic processes.

350 researchers and 45 analysts and more make up CNA to date. These employees either in groups or individually are active in their communities by assisting those in need. CNA also takes part of many charity programs and organizations.

The Center for Naval Analysis and the Institute for Public Research are 2 major operating components of CNA. Research and analysis support are provided to the US Navy and other Departments of Defense components via the Center for Naval Analyses contract – a federally Funded Research and Development Center. CNA also provides support to other federal government agencies, state and local governments, foundations and others via the institute for Public Research.

To be a leading provider of electricity, natural gas and related services to clients in the energy intensive Midwest, Mid Atlantic and Northeast regions in the US that are potential markets of 50 million houses and businesses consuming over 40 % of the nation’s energy.

Having their corporate headquarters in Richmond Virginia, Dominion is one of the nation’s largest producers and transporters of energy having 27,500 megawatts of generation, 12,000 miles of natural gas transmission, gathering and storage pipelines and 6,000 miles of electric transmission lines. With 942 billion cubic feet of storage capacity and serving retail energy clients in 12 states, Dominion is certainly the nation’s largest gas storage system.

Dominion employees have been sincerely active in their communities and have been receiving formal company support for years. Programs and projects have been set up by employees to assist children and families in need as well as beautifying the communities itself to building classrooms and playgrounds for schools throughout the years.

Dominion is an equal opportunity employer accepting applicants with disabilities, undergraduates as well as military and veterans are most welcome.

Dominion have offices in One James River Plaza (OJRP) 701 East Cary Street at Richmond, Virginia 23219 with contact number 804-771-4795, as well as on James River at 120 Tredegar Street just a few blocks from OJRP.

The Penderbrook community’s Penderbrook Golf Club in Fairfax is a sight to see with its challenging 18 hole par 71 championship golf course that everyone can enjoy. Arnold Palmer Golf Management professionally manages the club garnering many improvements within a year including their pros shop and “traditions Café” restaurant.

Penderbrook Club is known to host major tournaments, groups’ outings and leagues throughout the year. And the restaurant can seat 200 people with an attached covered deck while accommodating every catering need to provide excellent Penderbrook experience.

Directions to get to Penderbrook Club via I-66: 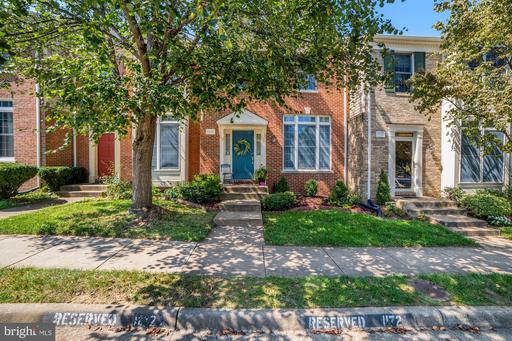 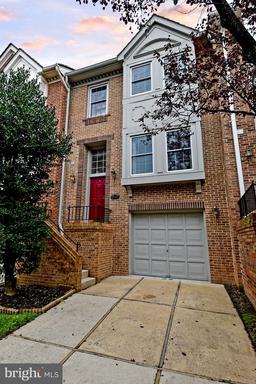 Home to Nike Golf Learning Center of the Mid Atlantic.

Reston National Golf Course is among the Northern Virginia’s favorite of classic golf with a 150 seat covered outdoor patio for golf outings or even hosting a golf event.

The Clubhouse offers majestic views surrounding the luxurious patio and clubhouse. A Golf Shop is available at the clubhouse providing gold equipment and accessories along with a professional staff to assist with repairs, custom fitting and the like. The restaurant within the clubhouse is a relaxing place to hang out with the luxury of viewing the beautiful surroundings while having a quick snack or a heavy full meal.

Different types of memberships are offered to secure the service and use of the club. 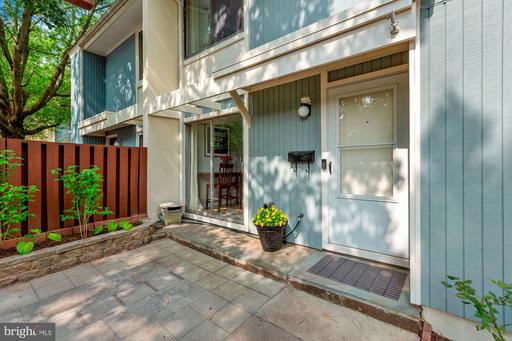 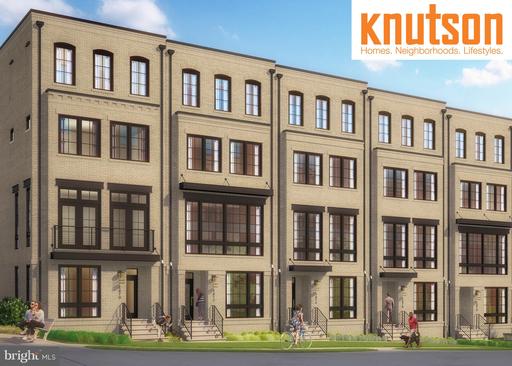 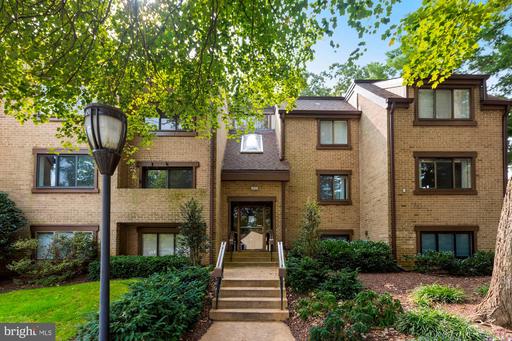 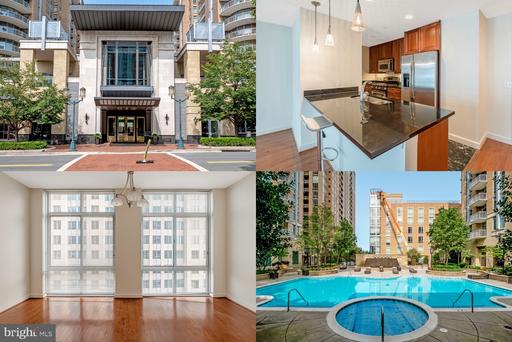 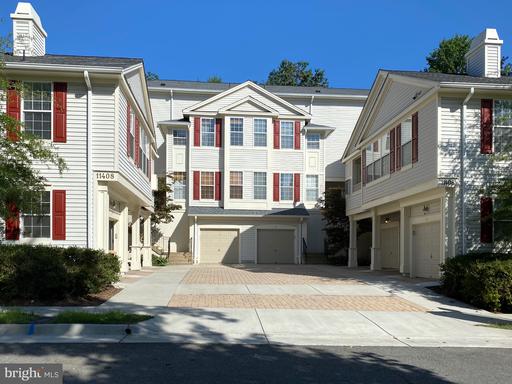 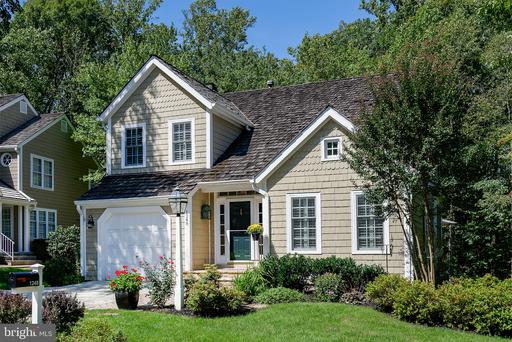 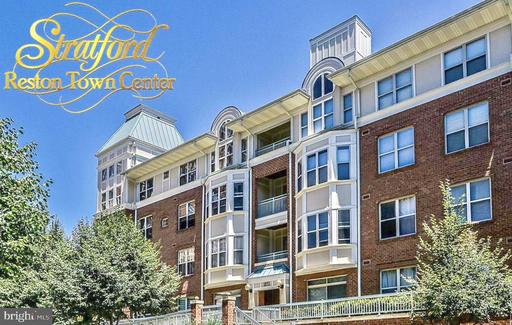 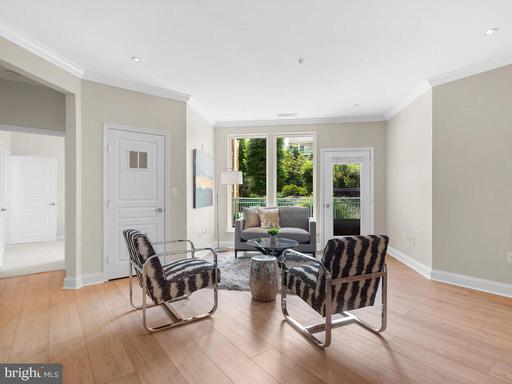 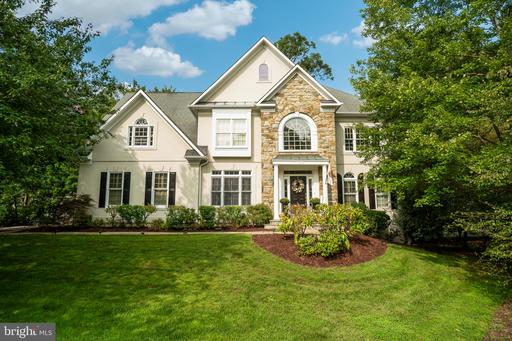 A Hidden Jewel in Reston Virginia

“Hidden Creek’s golf course is still one of the most playable courses in the Washington metropolitan area…and after 35 years it’s still fun and challenging.” ~Stephen A. Wexler, Member since 1973.

The Hidden Creek Country Club is family oriented where families can get together as well as private moments for the moms and dads while the children can enjoy with activities planned out by the club. With the exquisite club just remodeled, it can also be the place where corporate meetings can take place.

The Fitness Center offers quality workouts with their fully equipped cardiovascular and weight training facilities along with a personal trainer and yoga instructor.

Hidden Creek Swimming Pool is of 25 meters providing the perfect spot for family fun, personal workout, relaxation and hangout with friends. There is a wading pool assigned for children especially tots and toddlers with of course adult supervision. Certified lifeguards supervise the pools. Food and refreshments by the pool are offered by the Cabana Bar. The Hidden Creek Hurricanes Swim Team won as the 2009 Division Champions in the DCCL League under the training of Head Coach Steve Ercolano.

Tennis Programs are available for everyone of all ages using 2 indoor heated courts. Individual and group sessions are offered by Hidden Creek’s tennis professionals.

Homes for sale near Hidden Creek 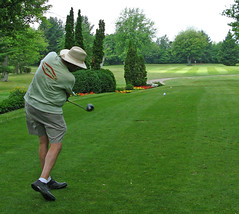 The hills and woods at International Country Club houses a bird sanctuary and animal habitat offering a lovely combination of land use and environment preservation. 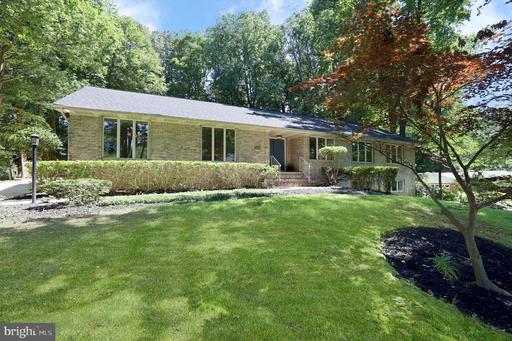 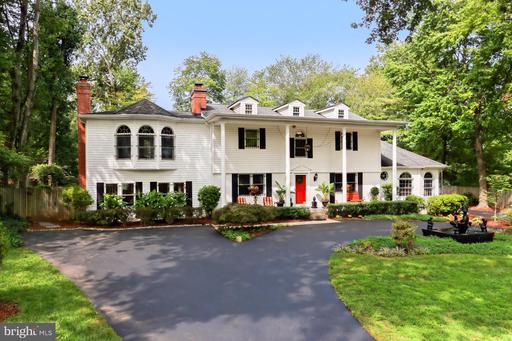 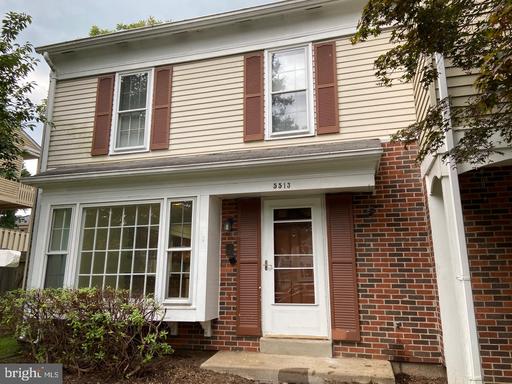 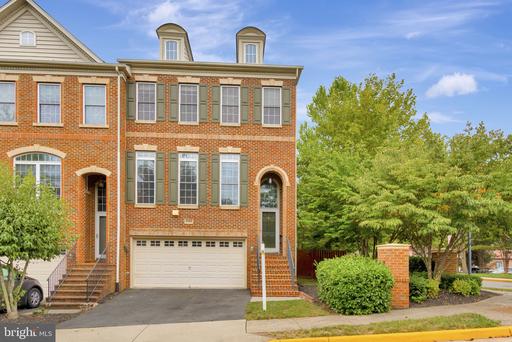 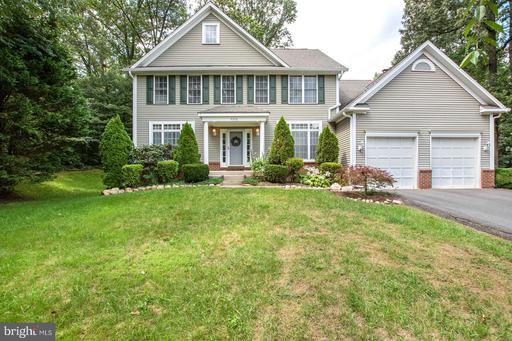 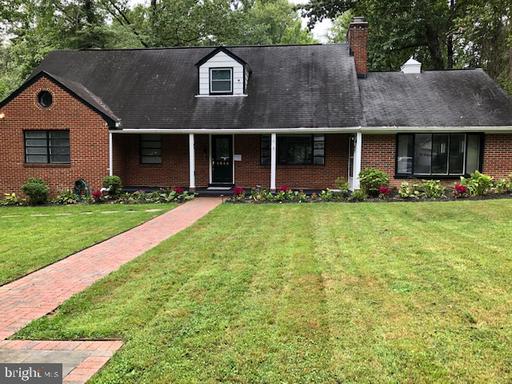 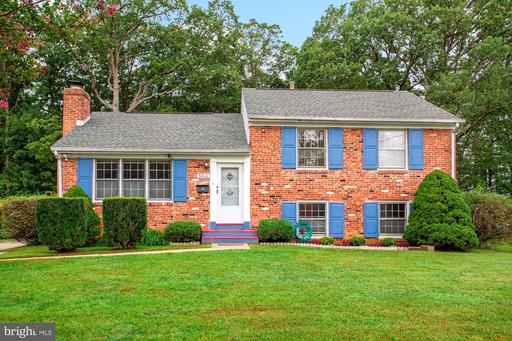 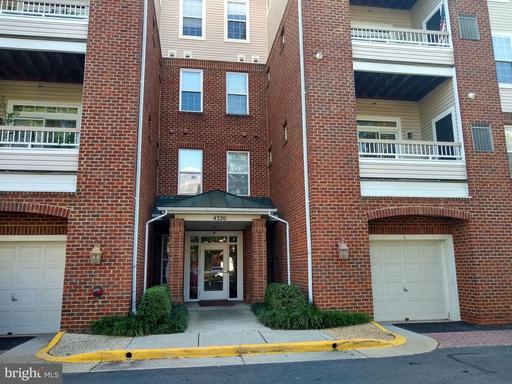 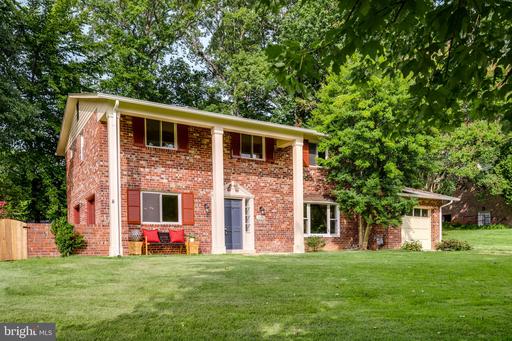 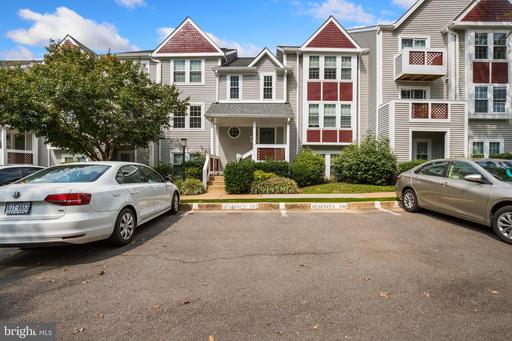