Skip to content
(703)765-0300[email protected]
October 31, 2021October 31, 2021Maryam
New speed cameras near Fairfax City school zones are getting turned on Monday in Virginia. According to a news release, the cameras were installed along Old Lee Highway, Fairfax Boulevard and Jermantown Road. 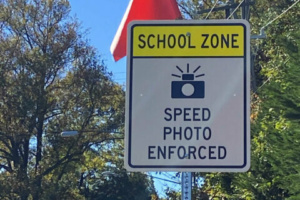 According to wtop.com,The city said the cameras are there to protect students attending its four schools as well as  Woodson High School and Frost Middle School in Fairfax County. There are also portable cameras available for highway work zones to protect city work crews and contractors." As per wtop.com, "The cameras follow legislation enacted by the Virginia General Assembly and signed by Gov. Ralph Northam that allows limited photo speed enforcement to Virginia localities near active highway work zones and school crossing zones, the release said. Driers who speed at least 10 mph over the limit face fines of up to $100 and citations. Warnings will be given for the first 30 days as drivers adjust." It would be our distinct honor and privilege to help you purchase real estate in Virginia. We want what's best for the client.

We have the experience, talent and tools to sell your real estate fast, and for the best price. Do you like working with small family-businesses? Then you'll love working with a Nesbitt Realty agent.

Our agents have the experience and local knowledge to find your dream home.