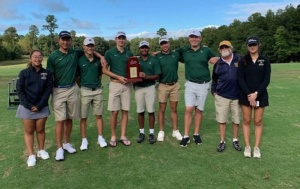 The Langley golf team won its sixth consecutive VHSL state championship on Tuesday, Oct. 12. As per The Connection Newspapers, "In other news, Langley marching band was named Grand Champion of the Stafford Invitational. It’s the first time in Langley history that the Marching Saxons have done so."