Skip to content
(703)765-0300[email protected]
June 13, 2021June 13, 2021Maryam
McLean, Virginia-based NextNav, a company with 3D geolocation technology that can map the inside of tall buildings, will go public through a merger with special purpose acquisition company Spartacus Acquisition Corp. The combined company will trade on the Nasdaq as NextNav Inc. under the ticker symbol “NN” and "NNW.” 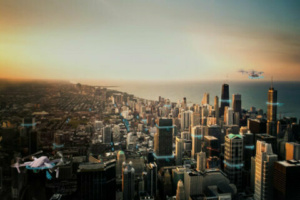 According to wtop.com, "NextNav’s vertical positioning service can map locations in 3D. It is used by first responders such as firefighters to navigate the interior of multistory buildings and relies on both GPS and its own Position, Navigation, and Timing system. Its geolocation services are used in consumer apps and autonomous driving vehicles. The IPO through the Spartacus SPAC will value the company at $1.2 billion. It expects gross proceeds of up to $408 million to be used to expand its current business and products." As per wtop.com, "Gary Parsons, who founded XM Satellite Radio, serves as NextNav chairman and will continue in that role following the public offering. Spartacus CEO and Chairman Peter Aquino will join the NextNav board when the combination closes. NextNav co-founder and Chief Executive Ganesh Pattabiramann will continue to lead the company. NextNav holds more than 100 patents and licenses for 2.4 billion MHz of wireless spectrum and a network that is now live in more than 4,400 cities covering 90% of all buildings taller than three stories." Benefit from quality upgrades and additions with over $30,000 of additional features to include:... Welcome to this spectacular, spacious condo located in the heart of Tysons Corner, with a... Situated on a premium lot in one of McLean’s sought-after neighborhoods, Green Building Group...