CommercialCafe issued a new report that analyzed data provided by commercial property data and listing service CommercialEdge. The report says that the D.C. area currently has the most office space in suburban areas that is230.6 million square feet or about 58% of the region’s 400 million square feet of total office space. The largest suburban submarket in the D.C. area is now Tysons, Virginia, by far. 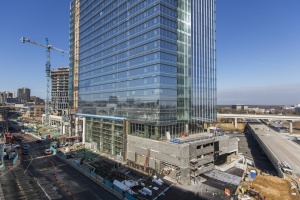 As per wtop.com, “The D.C. suburbs rank fourth in the nation in terms of total office space delivered in the last decade in suburban areas, adding 15.8 million square feet. Most of that new space was added in Tysons. The national study included only office properties larger at 25,000 square feet located in suburban locations from 66 office markets.”

Type: End of Row/Townhouse for Sale