Skip to content
(703)765-0300[email protected]
July 27, 2020July 27, 2020Maryam
Discount grocer Lidl is continuing to expand its presence in the D.C. region, with its ninth store in Northern Virginia slated to open on July 29. The new Fairfax store, located at 11179 Lee Highway, is about halfway between an Aldi grocery store and a Wegmans store. 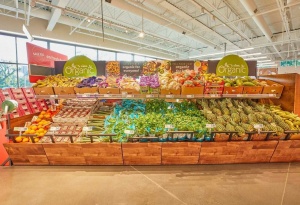 According to wtop.com, "Lidl now has a total of 15 locations in the D.C. metro area, and is still expanding. The grocery chain opened a store in Springfield, Virginia, last February. Lidl, a German company whose North American regional headquarters is in Crystal City, expects to have more than 100 stores across the Mid-Atlantic and East Coast by the end of the year." As per wtop.com, "In 2019, it agreed to acquire six Shoppers Food Locations in Maryland including Annapolis, Brooklyn Bark, Oxon Hill, Takoma Park and Wheaton, and Burke in Virginia. Lidl competitor Aldi, which has 20 stores in the Washington region, unveiled its own plan on Thursday to open 70 new stores in the U.S. by the end of 2020." Fantastic opportunity to own in the Frost/Woodson pyramid Schools! Wakefield Forest... 'Bailey' Mode w/ excellent views from the balcony. The condo is ​professionally​ painted​...

This Great Falls home is perfect for multi-generational living with 3 finished levels including... Sale Price has just been reduced! Amazing opportunity to own in Great Falls! Beautiful Brick... Reduced!! Welcome to the Marquis at Vienna Station, an amenity packed building with ultimate... *Seller considering upgrades, which will increase the price, get it before then! *A renovations...

It would be our distinct honor and privilege to help you purchase real estate in Virginia. How can we help achieve your real estate goals? Speak to an agent today to find out how.

We have the experience, talent and tools to sell your real estate fast, and for the best price. Our real estate agents are dedicated to excellence and are required to continue their education after licensing.

Nesbitt Realty is your real estate resource in Northern Virginia.