VIDI SPACE film festival will have a live screening in Reston, VA (DC Metro Area) of awarded content on Saturday, February 22nd. The film festival will have a celebrity speaking panel in-between content showings and will be announced on the VIDI SPACE website. VIDI SPACE is a streaming channel that has created a space for independent filmmakers. The network originated as a media hub for paranormal, horror, haunting, and other similar content. 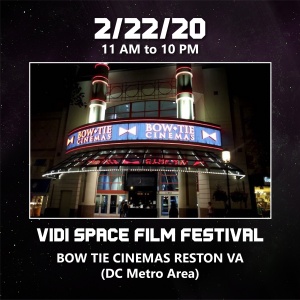 The purpose of the film festival is to provide indie films with an opportunity to share their work on the big screen at an event that supports independent filmmakers. In addition, any films that are submitted to the festival will also receive distribution deal offers through VIDI SPACE to continue the promotion of indie filmmaking beyond the festival.

A lovely, modern family home in Reston you can't miss! With its wonderful surrounding landscaping and its classic homey look on a corner lot, the curbside appeal of this property can't be beat. Not to mention that the construction features ... [Read more]

Welcome to Midtown North in the heart Reston Town Center. This stunning NYC Loft style condo has beautifully appointed upgrades along with unique style and loads of space! Enjoy the security and convenience of the concierge supported building ... [Read more]

THIS IS THE ONE you've been waiting for! This model in the West tower rarely becomes available due to the FABULOUS views. Welcome to Midtown at Reston Town Center! The picturesque western horizon from walls of glass, seen from nearly every room ... [Read more]

THIS is the view and floor plan everyone waits for here in Midtown at Reston Town Center! Rare Palisades 2111 square foot 3 bedroom 3 bath model with stunning unencumbered views of the Blue Ridge Mountains from the 11th floor of the West Tower! ... [Read more]