The final steps of the dismantling of the first nuclear power facility providing electricity to the U.S. power grid are nearing. In December 2019, the U.S. Army Corps of Engineers proposed to fully remove the SM-1 Reactor Facility at Fort Belvoir in Fairfax County, Virginia, and remove any remaining structures and equipment. 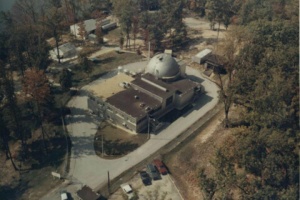 According to wtop.com, “Opened in 1957, the SM-1 nuclear reactor primarily trained nuclear operators and technicians, approximately 800 personnel throughout its life. It was decommissioned in 1973. The Army Corps of Engineers began dismantling the plant over 40 years ago when they removed a majority of the radioactive material, including nuclear fuel, control rods, and radioactive waste. Those materials were taken to a storage site in South Carolina. After deactivation, the SM-1 facility was used as a museum in the 1980s to highlight the Army Nuclear Power Program before it closed.”

As perwtop.com, “The Army Corps of Engineers reports that there is little to no danger of radioactivity on the site once the facility is removed. An environmental assessment determined that the site had no significant negative impacts and the land would have unrestricted use when returned to Fort Belvoir. The project will now go out to bid and is expected to begin in 2021 with an end date of 2025 in mind.”

Type: End of Row/Townhouse for Sale