Fall for the Book is a non-profit literary arts organization based at George Mason University. Its flagship event is the Fall for the Book Festival, which will run from October 10-12, 2019 for its 21st annual festival. Each year, over 150 authors come to Mason and Northern Virginia for four days of readings, panels, and discussions. 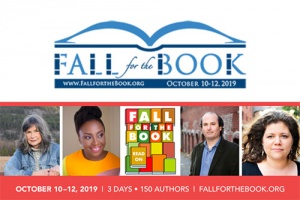 Fall for the Book partners with many local organizations, including the City of Fairfax, the Fairfax County Public Library system and individual donors. This year Fall for the Book will welcome an esteemed lineup of poets, historians, novelists, memoirists, children’s authors, YA writers and more at George Mason University and locations around Northern Virginia. Incredible remodeled dream kitchen, excellent for entertaining. Private home tucked away on a... Located in Falls Church, 20 minutes from DC, this Lakeside Plaza condo is ready to be called... Exquisitely updated rambler ready for you to move right in! This gorgeous home boasts new...