Alcova Heights neighborhood, located northwest of Columbia Pike’s intersection with South Glebe Road, has always been identified as a great and convenient place to live in.

Alcova Heights was developed in the 1920s from a farm owned by Virginia state Sen. Joseph Cloyd Byar. Byar transformed the rather plain farmhouse on the property into a great southern mansion and named it Alcova, an abbreviation for Alexandria County, Virginia–the original name for Arlington County. He then divided the estate into lots which would later become the neighborhood of Alcova Heights.

Most of the residences in Alcova Heights are single-family homes which were built between 1921 and 1950. However, over the past 50 years, there has been additional single-family homes through infill development such as the Dundree Knolls townhouse condominium along Columbia Pike which was constructed in the mid-1980s. The homes in Alcova Heights are mostly farmhouses, bungalows and Cape Cods with a few new Williamsburg-styled colonials thrown in the mix.

Due to its close proximity to Glebe Road and Columbia Pike, residents at Alcova Heights neighborhood are able to easily access a wide array of shops, restaurants, and other amenities such as Alcova Heights Park. The neighborhood offers a suburban vibe to its residents who enjoy a sense of community. Backyard barbecues are common in Alcova Heights and there are also annual events and block parties planned by the Alcova Heights Citizens Association. 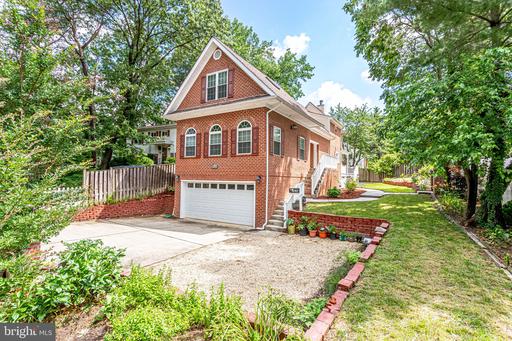