This is a reprint of a News Release from Fannie Mae. Click here to read the full release on the Fannie Mae website. 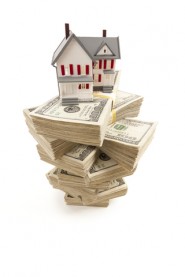 Consumer attitudes toward the economy and housing continue to diverge this winter, according to Fannie Mae’s February 2013 National Housing Survey results. On the one hand, consumers continue to express strong positive attitudes toward housing. On the other hand, sentiment about the economy and household finances is stalled. Average 12-month home price expectations and the share of consumers who believe home prices will go up over the next year both rose to record highs, and the percentage of Americans who say mortgage rates will rise reached its highest level since August 2011. At same time, Americans’ views on their personal financial situation, household income, and the direction of the economy fell or remained flat.

“Despite fiscal headwinds and political uncertainty, consumer sentiment toward housing is robust and continues to gather strength,” says Doug Duncan, senior vice president and chief economist at Fannie Mae. “We expect home prices to firm further amid a durable housing recovery, gradually reducing the population of underwater borrowers and helping to boost the share of consumers who say that now is a good time to sell.”

“Since reaching its trough last September, the share of consumers expecting mortgage rates to rise has trended up,” continues Duncan. “However, despite historically low mortgage rates, nearly half of borrowers have never refinanced their mortgage. Combined with the scheduled year-end HARP deadline, rising rate expectations should prompt some borrowers to refinance soon to take advantage of more favorable mortgage terms and add to their disposable income, helping to offset ongoing fiscal drag.”

The Economy and Household Finances

We sincerely appreciate the opportunity to serve your real estate needs.

If you’d prefer to work with a family-run business, contact Nesbitt Realty.

How can we help achieve your real estate goals? Speak to an agent today to find out how.